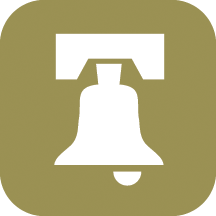 Separation of Church and State

To Bigotry No Sanction

Demean Themselves as Good Citizens

First Amendment of
the U.S. Constitution

The phrase “Liberty of Conscience” has three aspects:

These freedoms apply to individuals and to the organized churches, synagogues, mosques, meetings or other forms of religious organization that groups of believers choose to form. The First Amendment reinforces this principle through the freedom of association clause, which says that “Congress shall make no law … prohibiting …the right of the people peaceably to assemble.”

While a member of the Episcopal Church in his personal life, Washington was personally indifferent to the religious beliefs of others. In a 1789 letter to the United Baptist Chamber of Virginia he wrote, “Every man … being accountable to God alone for his religious opinions, ought to be protected in worshiping the Deity according to the dictates of his own conscience.” Writing to the superintendent of his Mount Vernon plantation in 1784 in regard to hiring a carpenter and bricklayer to perform work there, Washington said, “If they are good workmen, they may be of Asia, Africa, or Europe. They may be Mohometans, Jews or Christians of any sect, or they may be Atheists.”